Uganda is popularly known as the pearl of Africa. It features breath taking equatorial location on the forested shore of island-strewn, Lake Victoria.

Uganda is the only safari destination whose range of forest primates is as impressive as its selection of plains antelope. The country has a lush biodiversity attested to by Uganda’s status as by far the smallest of the four African countries whose bird checklist tops the 1,000 mark! Uganda not only prides immense wildlife but there is the mighty Nile, punctuated by the spectacular Murchison Falls, and the setting for some of the world’s most thrilling commercial white-water rafting. There are the snow-capped peaks of the Rwenzori, which provide a tantalising challenge to dedicated mountaineers, as well as the Virunga Volcanoes and Mount Elgon. The myriad islands of Lake Victoria and Bunyonyi are idyllic venues, as are the myriad forest-fringed crater lakes that stud the rift valley floor and escarpment around Fort Portal.

Uganda… Gifted by Nature!
Ecologically, Uganda is where the East African savannah meets the West African jungle. It is also Africa’s most complete bird watching destination, with more than 1,000 different species of birds recorded. And where else but in this impossibly lush country can one observe lions prowling in the open plains in the morning and track chimpanzees in the rainforest undergrowth the same afternoon, then the next day navigate tropical channels teeming with hippos and crocodiles before setting off into the misty mountains to stare deep into the eyes of a mountain gorilla?
Yet there is more to the country than wildlife – far more! There is the mighty Nile, punctuated by the spectacular Murchison Falls, and offering one of the world’s most thrilling white water rafting. There are the snow-capped peaks of the Rwenzori, forest fringed crater lakes and beautiful islands in Lake Victoria and Lake Bunyonyi.

People and Culture
Uganda has been a cultural melting pot, as evidenced by the existence of more than 30 different indigenous languages belonging to 5 distinct linguistic groups. Having the reputation as ‘Africa’s Friendliest Country’ stems partly from the tradition of hospitality common to its culturally diverse populace and partly from the remarkably low level of crime and hassle directed at tourists.

Money
The unit of currency is the Uganda shilling. The US dollar is traditionally the hard currency of preference, but Euro and Pound are also widely accepted. Hard currency cash can be changed for local currency at banks and private bureaux de change in all large towns, but traveller cheques are not widely accepted outside Kampala. Local currency can be drawn against Visa at selected ATMs in Kampala, at Entebbe International Airport and in a few other large towns.

Visa
Tourists who enter Uganda need a visa. This permit can be obtained at arrival at the airport and costs US $50 per person.

When to visit
Uganda can be explored at any time, though mountain hikes, gorilla tracking and other forest walks are more challenging during the rains, which generally peaks over mid-September to November and March to May. Dry season is officially from June till mid-September and from December till February. However, like in any other country of the world climate seems to be changing.

The temperature is constant whole year through: between 23 and 28 degrees Celsius (74-83 degrees Fahrenheit). Note that in some parts of the country, particularly in the mountainous areas, it can cool off at night.

Food and drink
Tourist-oriented hotels and restaurants serve good Western-style meals, while a wider range of cuisines are available in the capital and some larger towns. Local restaurants serve Ugandan dishes, typically ugali (a stiff maize porridge) or matoke (cooked banana) eaten with a stew.

Uganda… Gifted by Nature! Ecologically, Uganda is where the East African savannah meets the West African jungle. It is also Africa’s most complete bird watching destination, with more than 1,000 different species of birds recorded. And where else but in this impossibly lush country can one observe lions prowling in the open plains in the morning and track chimpanzees in …

Most tourists arrive at Entebbe’s modern and efficient international airport, with its breathtaking location on the shores of Lake Victoria. Just 40 kilometers away, sprawled across seven hills, there is the capital Kampala. A modern and bustling cosmopolitan city, which reflects the ongoing economic growth and political stability that has characterized Uganda for the last 20 years.

Travelling around Uganda is a true adventure. There are several ways to get around in Uganda, and the option you choose will depend upon your time constraints and your budget. Travelling by road is the most accessible and probably the cheapest way to travel though domestic flights are available. Public transport connects all major locations, and ventures far off the …

Because of the different tribes and communities, culture in Uganda is really diverse. Since the Buganda  is the most prominent tribe in the Uganda, it has dominated the culture and music of Uganda. But also other tribes have their own music styles that have been passed down from generations to generations. With all these variations, they make good diversity in …

1. Bwindi Impenetrable National Park Bwindi Impenetrable National Park lies in southwestern Uganda on the edge of the Rift Valley. Its mist-covered hillsides are blanketed by one of Uganda’s oldest and most biologically diverse rainforests, which dates back over 25,000 years and contains almost 400 species of plants. More famously, this “impenetrable forest” also protects an estimated 320 mountain gorillas – roughly … 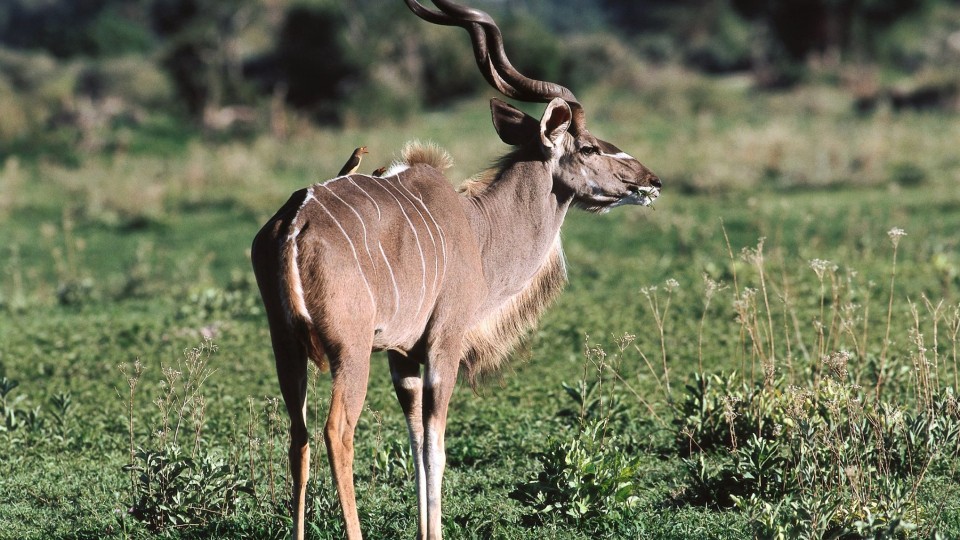